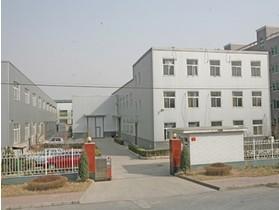 Beijing B-TRUST(Huatengzhengcheng) Industry and Trade Co., Ltd is the subsidiary of Beijing Huatengjiahe (WINTEC) Ltd.
There are quite numbers of researchers, senior engineers and engineers working for our company. We are the first producer of planetary extruder in China mainland. We also supply PVC, HDPE, PE and PET film/sheet production line with our partners.
In 1990, Our chairman Mr. Liu Duanzhang was invited by Shenzhen Petrochemical Holdings Co., Ltd., (SPEC) to solve the problems of planetary extruder WE240 which imported from Germany, ended Chinese importing history of those components.
In 1992, we solved ZSE150 extruder problems(For Foshan Zhenxing plastic co. ) sucessfully. It was used for about 10 years, and produced more than 40, 000 tons of PVC clear sheet.
A few years, we developed many different model.
In 2000, according to clients' demand on magnetic card and Christmas tree leaves, we devised high wearing screw rod which has been put into mass production. Received high reputation for it's extra wearing, energy saving and long life compared to the regular screw rod.
In 2008, we made a breakthrough in the research of Super Wearing Screw Rod and solved the wom screw problem under the GCC formula.
In 2009, we developed HT 400 and HT280 as the first producer in China.
Meanwhile, we also supply two-stage granulating line with planetary extruder and PVC wood grain decoration film etc. With good quality, we sell our products to USA, Canada, Italy, Russia, India, Egypt and other countries.
B-TRUST invite you to visit our company for business and technology negotiation.
Contact Now

Thank you! Your message has been sent to the following suppliers.